We’re proud of our students and the skills they learn whilst at college! Because our courses are career focused and our teams of supportive lecturers are dedicated to helping you take the next step towards your future, we’re always encouraging our students to gain recognition for their hard work.

Elliot and Connor, two of our construction students recently won awards at The Guild of Bricklayers, a national competition that showcases the bricklaying skills of talented bricklaying trainees and apprentices from around the UK.

Congratulations to Elliot who came second in the Junior category and Connor who won the senior category.

Jools Webster, who studies level 2 plumbing, has also received national recognition. During the second year of his course an opportunity arose for him to take part in HIP magazine’s Apprentice Plumber of the Year competition and received a prize from the magazine in recognition of his hard work and commitment.

After admiring his grandfather’s successful plumbing career, Jools was inspired to follow the same path and has been studying his level 2 course with us for the past 2 years. Jools now wants to take his studies further and progress to a Level 3 course and apprenticeship so he can follow in his grandfather’s footsteps. 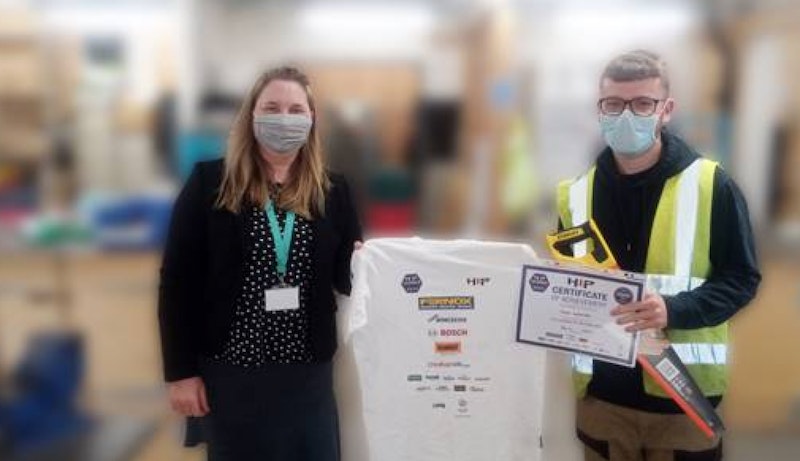 Elliot pictured with Lisa Wilson, Director of Apprenticeships and Trevor Burton, Head of Faculty for Construction. 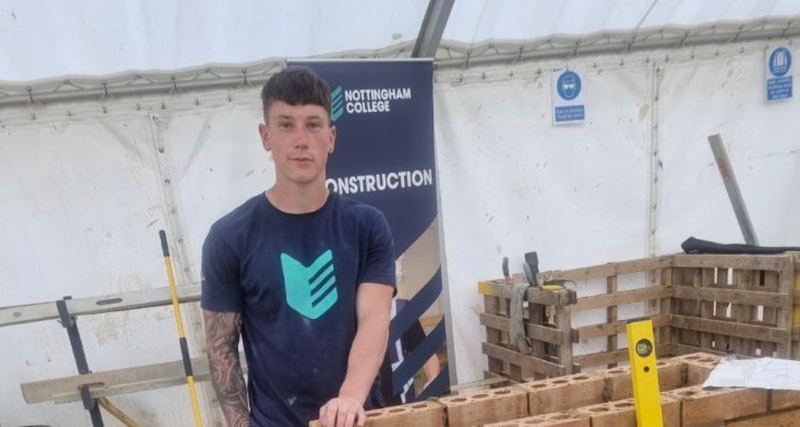 Connor at the Guild of Bricklayers competition.

Our creative students are also winning awards and this year four of our learners were crowned winners, and a further 10 highly commended across a range of different creative categories in Nottingham’s Young Creative Awards; a competition which celebrates the creative talents of students in Nottingham.

Our apprentices are also winning national awards! Earlier in the academic year, automotive apprentice Libby was nominated in the ‘Top 100 Great Women in the British Car Industry’ Awards, for being an inspirational role model to women aspiring to join the automotive industry.

Libby Price, a Multi Skilled Apprentice at Gemini Accident Repair in Tewkesbury, attends our EMTEC Automotive training centre to complete her qualifications as part of her Level-3 apprenticeship. She was nominated for the award by Gemini in recognition of the amount she has achieved over a short space of time.

Apprentice Isa Khan won a silver Apprentice of the Year award at the ‘Skills for Health, Health Heroes Awards.

Isa who works in works in surgery division on a trauma and orthopaedic ward was nominated by Workforce Trainer Emma Cross alongside his ward early on in his apprenticeship for embracing all aspects of ward life and always being keen to develop his skills.

It’s not just what happens in the classroom though, and many of our students balance their studies with amazing work outside of college.

Over the past academic year, Owen Brindley has been nominated for a number of awards including an Innovative Young people of 2020 award from the Nottingham Building Society, and a National Diversity Award (for the second year running) for his volunteering work.

Owen has insisted on putting his energy into helping others and has an impressive list of volunteering achievements to date, including helping to raise vital funds for the When You Wish Upon A Star charitable foundation. He has clocked up hundreds of hours volunteering with community station FMB Radio and Nottingham YMCA Digital and, when Covid-19 restrictions allow it to have the green light, will carry that on in a newly achieved Hospital Radio role broadcasting to Nottingham University Hospital patients.

Alongside his studies and impressive string of volunteering commitments Owen sits on the Student Council at Nottingham College, and has previously held the role of Students’ Union Disability Officer.

The future is yours to shape and we’re ready and waiting to help you build it!

We’re industry focused and dedicated to helping you get where you want to be - our lecturers have worked in industry and our courses are aligned with careers. Our wealth of state-of-the-art facilities go beyond classrooms and include a commercial restaurant and theatre, art and design workshops and studios, performance rehearsal spaces, science labs, a STEM Centre, automotive workshops and modern campuses in central locations. They’re all ready and waiting to give you the hands-on experience you need to make your mark on the world.

Applying is easy - browse our courses and visit our apply page, submit your application and we’ll be in touch soon!