Engineering staff, students and apprentices at Nottingham College have created a 2.5m high orchid from low carbon steel, which is on display at the National Trust’s Belton House property, near Grantham in Lincolnshire.

The sculpture is part of the Trust’s year-long Women and Power exhibition programme.

The flower was the brainchild of Nottingham College Engineering Lecturer and Chairman of the East Midlands Orchid Society, Steve Pask. The National Trust approached Steve to see if he could help support the anniversary of women’s suffrage in 2018, with an orchid display at the Orangery within the grounds of Belton House.

Florence Woolward, the inspiration behind the orchid, was a self-taught botanical illustrator who lived with her clergyman father in Belton, near Grantham in the 1800s. She was commissioned by the 9th Marquess of Lothian to paint his orchid collection. Her book of illustrations The Genus Masdevallia, was published in nine parts between 1891 and 1896 and is considered one of the finest illustrated orchid books of the Victorian age.

Steve was originally approached to provide some live orchids, but his vision was much bigger and resulted in the giant steel ‘Masdevallia veitchiana’. 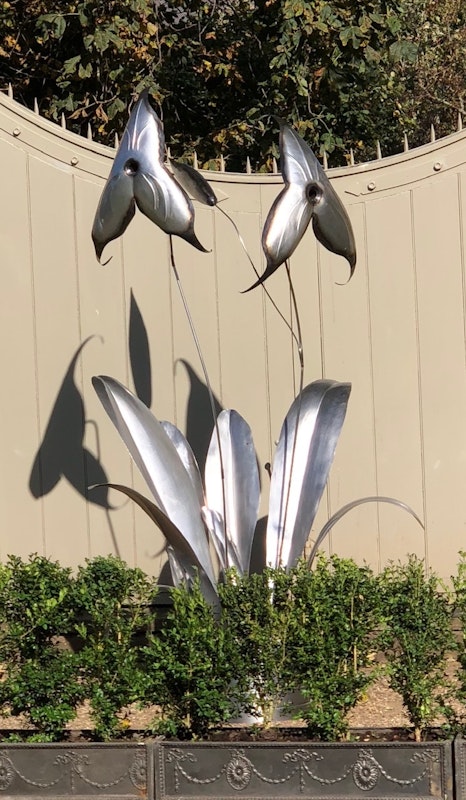 The orchid on display at Belton House 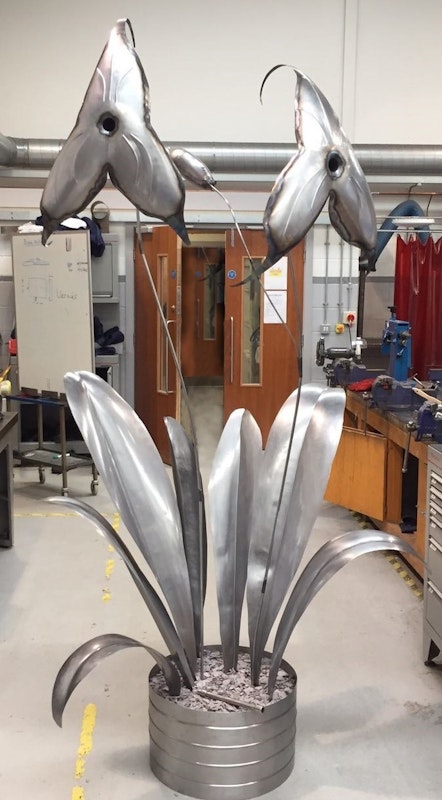 The orchid in the Nottingham College Engineering workshops

Students worked on the orchid as part of their course, developing their metalwork skills using the fabrication machinery in the College’s specialist engineering workshops at its Highfields campus.

It was wonderful for the students to be able to work with the National Trust on a live project to highlight a great cause. The most difficult part of the project was taking Florence Woolward’s painting and using it to design the template for the metalwork

It is really great to be involved in a joint venture with Nottingham College and showcase the newly developed skills of the students. The art work is a fantastic addition to our exhibition on the creative women of Belton, which is running until the end of 2019.

Andy Caie, Nottingham College Engineering Lecturer, added: “The most important skill the students learnt was to develop templates which they then used to make multiple versions of the same part.

“They also welded thin-gauge material and carried out double curvature work using an English Wheel and the Pullmax for shaping and embossing. This is a skill much in demand in the automotive and aerospace sectors, as well as for general workshop applications.”

The steel sculpture was also part of a display that won the award for Best Amateur Display at the Malvern International Orchid Show in June of this year.