On Monday 22nd February 2021, the Prime Minister announced that from 8th March, colleges are to reopen to all students and resume face to face teaching and learning. — Read more

With politics and parliament always in the news at the moment, two Nottingham students are off to Westminster for a very different reason on 21 January.

Kim Sharp and Elisha Johnson, both 18, are at Westminster College London to compete for the title of Riso Gallo Young Risotto Chef of the Year. Top prize is a work placement at top chef Angela Hartnett MBE’s Michelin-starred Mayfair restaurant, Murano.

The first round of the competition called on budding chefs aged between 18 and 25 from across the country to submit a recipe and a photograph of their own risotto recipe, along with an explanation of how they felt winning the competition would enhance their catering career.

Kim, from Bulwell, and Elisha, from Hucknall, are both studying towards their Level 2 Professional Chef’s Diploma at Nottingham College, and thanks to their success in the first round, both have now been shortlisted to be part of a live cook-off with the top five entrants.

The annual competition is organised by Riso Gallo, rice and grain specialist and supplier.

The winner will receive an all-expenses paid, three-day work experience at Murano, and their recipe will also be featured in Gordon Ramsay’s Union Street Cafe in London, for one week. One lucky runner-up will win a three-day cooking experience with Executive Chef, Danilo Cortellini, at The Italian Embassy in London, for the planning and execution of a gala dinner.

I’ve always liked cooking, and I’m interested in a career in hotel management, or even to own my own restaurant one day.

This competition is giving me experience of working with chefs and of a timed challenge. My family are proud that I’m competing, and Sam our Chef Lecturer has given us loads of support too.

I’ve always wanted to run my own restaurant one day. I think this competition gives us a real chance to impress the judges and opens up opportunities for us in the industry.

I chose my risotto recipe because I really wanted to use vegetables that are in season.

Sam North, Chef Lecturer at Nottingham College, has supported the students through the competition. He said: “We are so proud of Elisha and Kim, and it was great to see all four Nottingham College student entrants making it into the top 20 in the country.

“This is a fantastic opportunity for Kim and Elisha to experience a ‘Masterchef-style’ competition environment, sample the food at one of Gordon Ramsay’s restaurants, and compete for a prize that will be a huge asset on their CV.” 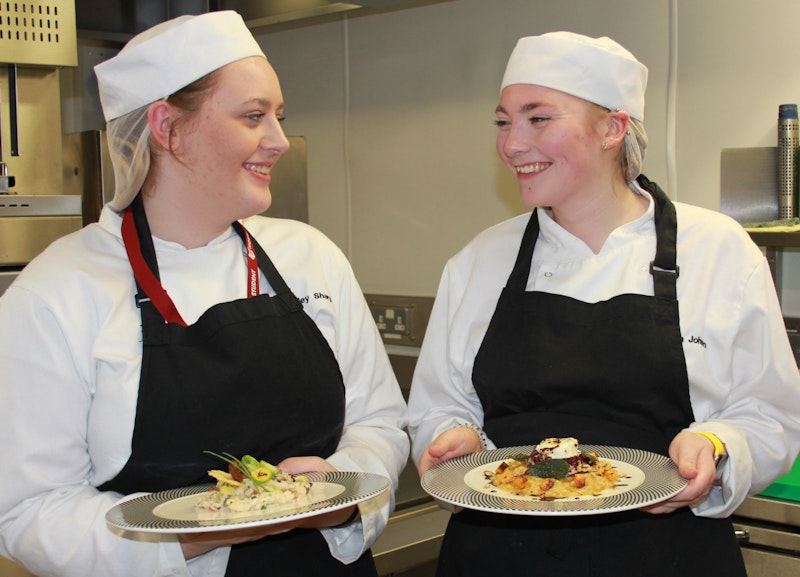 l-r Kim and Elisha still smiling after their practice challenge! 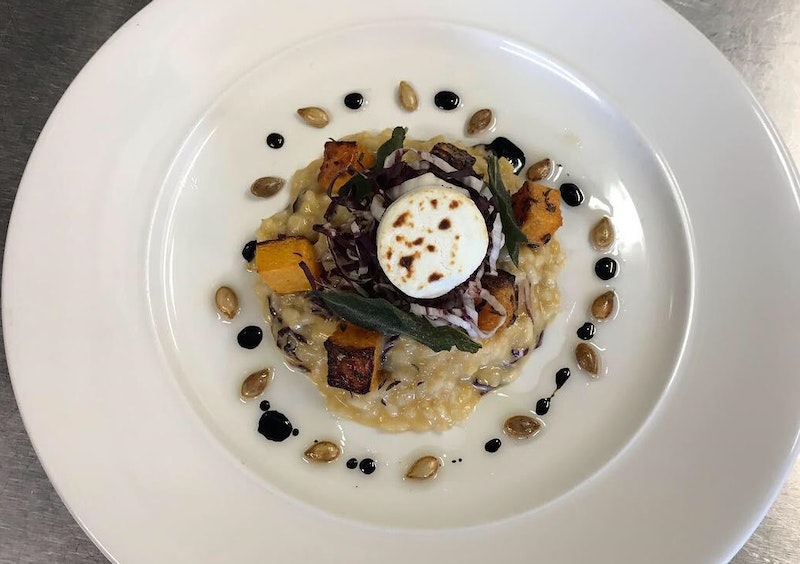 One of Elisha's practice risottos 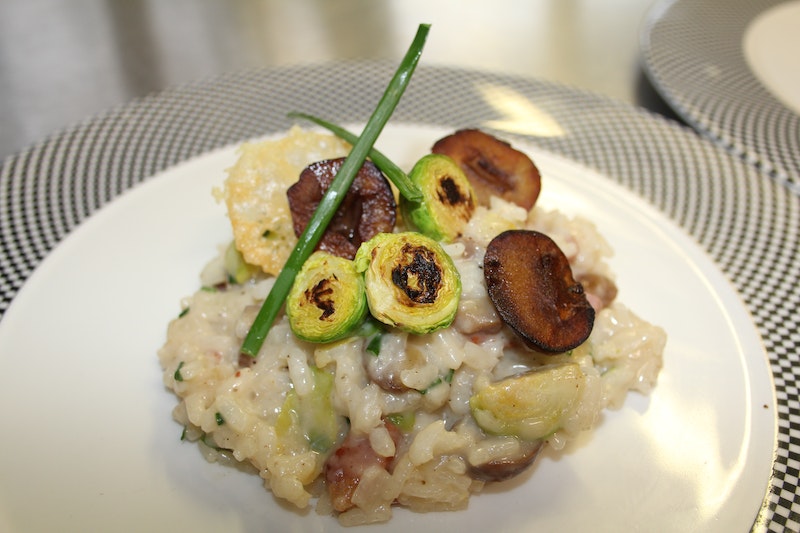